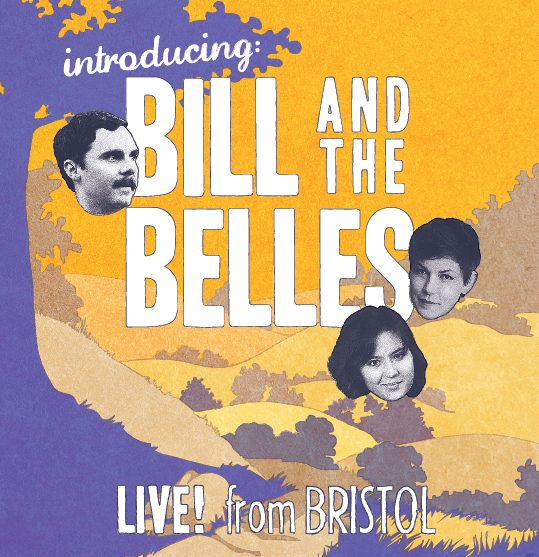 Recorded live around Tennessee Ernie Ford’s own RCA 44 microphone, “Introducing: Bill and the Belles” is a well-crafted collection of music that celebrates long-forgotten sentimental song. This debut release spotlights the group’s unmistakable sound: three distinct voices, seamless harmony with an edge, and impeccable instrumentation, featuring fiddle, banjo, guitar, and upright bass. This 2015 debut release has been getting airplay across the nation.

RADIO SELECTIONS INCLUDE -
Track 1 “I Told them All About You”,
Track 2 “ Sally Let Your Bangs Hang Down”
Track 4 “Sit at Home”
Track 11 “Pal of Mine”